At around 5:20 p.m., a couple of Wednesdays ago, Melissa Heldenbrand walked around Monument Circle with a stack of surveys clipped onto a clipboard in her hand, and a constant, shy smile across her face. “I’m what you call an operative and what we do is setup and teardown. We take surveys and we interact with the people around here,” she said.

Melissa is one of the many faces of Spark. She has dark hair, big light eyes and she is usually wearing her strawberry blond hair up in a ponytail. As she mentioned, her role is essentially to make sure everything on the Circle is flowing smoothly, but more importantly, she is the first point of contact between the people walking by and Spark. “It’s different and I like it,” she said. “It makes you feel like you’re part of something that is hopefully going to do some good.”

People walked by Melissa and stared as she continued to make her way around the Circle. Her bright green vest made her a familiar sight for regulars of Monument Circle, especially because she worked five days a week. On this particular Wednesday, Melissa worked an entire day, setup to teardown.

But the hours don’t faze her. “I do a lot of walking and on my walks, I talk to people,” she said, “I draw on my spare time. Some of my pictures aren’t so good, some of them are decent, but even so, it makes them feel kind of honored that somebody took the time to pick them out and draw them,” said Melissa. Without having planned it, she created a new addition to Spark culture by drawing random people at the Circle. “I was kind of worried, especially since I wasn’t telling these people I was drawing them, that they would think it would be kind of creepy, but so far, everybody’s been pretty cool and they get excited. They just think it’s special.”

Melissa paused, as if she had realized that she hadn’t done any surveys yet, so with a timid and earnest tone, she approached several people about doing them, but they all politely declined. Melissa continued to walk, her smile still intact, as she approached the Welcome trailer. She said that she hoped that Spark would result in the spread of kindness and generosity. “And not judging who you’re generous to,” said Melissa. “And that’s the idea that I get out of it, and I’m hoping that that’s what other people will get from it.” Melissa reached the Welcome trailer; her walk had come to an end, for now.

“We’ve gotten mostly positive feedback from everybody and I mean, it’s kind of weird because you wouldn’t think Monument Circle has its own little community,” said Melissa. “But once you’re here everyday, you see that it does. And then, you become part of it as well.”

As a part of Spark, she works closely with the Big Car team, which includes her daughter, Aryn Schounce, as well. “In all the jobs I’ve had, and I’m pretty old now, I’m almost 50, and I’ve worked in a lot of places, but the people that are involved in Big Car and the people that not all work there… there’s you, me… I’ve never met a nicer group of people. Genuinely nice,” said Melissa about her work with the Big Car/Spark team, as her eyes widened with sincerity. “These people are actually all, just…” She paused. “You know, got great big hearts.”

Her sincerity and overall graciousness about Spark brought a new perspective to the project, which reflects a timeless quote attributed to Lebanese-American writer and artist Khalil Gibran that states, “Tenderness and kindness are not signs of weakness and despair, but manifestations of strength and resolution.” Melissa’s effort and hopes for Spark have turned kindness and generosity at Monument Circle into empowerment and unity. Her effortless understanding of what Spark is and attempts to be makes the entirety of this project justified and necessary. 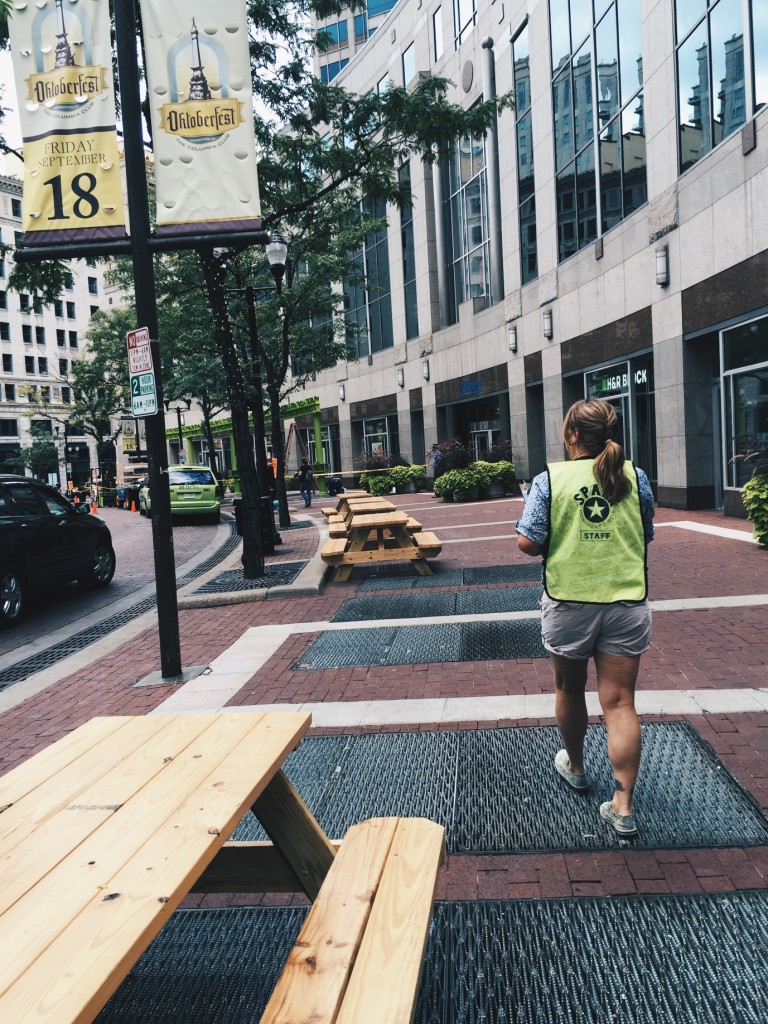